Tagged for my debut release

I was tagged by Piper Shelly to do A Debut Challenge. 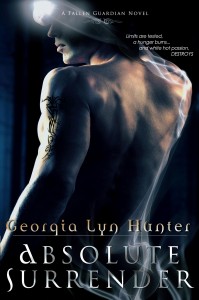 1-What is the title of your book?

2-Where did the idea for this book come from?

A stray thought… And a human girl with uncontrollable pheromones problems–yep loads of not-so-much-fun.

I wanted a race of beings so powerful that they were doomed by just being… Yes, I tend to have Machiavellian tendencies when it comes to my characters. The idea intrigued me enough that when a random search on the net took me to a diagram of an orb and a different level of a mythical world, the word ’empyreal’ caught my eye–but I didn’t want the divine angels, but something different. And my Empyreans were born.

3-And the genre your book falls under?

Paranormal romance. With the drama, comedy and thriller moments 🙂

4-Which actors would you choose to play your characters in a movie rendition?

I never thought of that… hmmn, she would have to have the vulnerability of Echo, but with a kick-ass edge. Aethan…nope, can’t think of anyone right now. Basically, I would go for unknown actors. That would be way fun. Oh yeah and he’d have to dye his hair in shades of blue . . . love to see that.

5-And a one sentence synopsis of your book would be?

She is his salvation…he is her demise… a love that transcends the realms.

6-Is your book self-published, published by an independent publisher, or represented by an agency?

Absolute Surrender will be published by Black Opal Books.

7-How long did it take you to write the first draft of your manuscript?

A while… wrote many drafts with this one  🙂

8-What other books in your genre would you compare it to?

It’s a paranormal romance with a different twist. But I’m drawn to books by authors like Sherrilyn Kenyon, JR Ward, Nalini Singh GA Aiken to name a few.

9-Who or what inspired you to write this book?

My daughter ♥ She never gave up even when I wondered if I’d ever finish this book. Oh and I love the angelic/gods/demons theme.

10-Tell us anything else that might pique our interest in your book.

Since I couldn’t call all the villains fiends, I had to ask my son what kinds of cuss words men use 🙂 without batting an eye, my 15-year-old told me–dumb/lame/idiot-ass,–yes all with the asses, then the head followed—sh*thead etc, yes, you get the picture 😀

Oh yes and my hero takes on the Fates, goes to the ends of the Earth—or Hell in Aethan’s case for his mate. And he flips off Heaven. It’s about redemption–forgiveness and yes, love.

and here’s an excerpt… after Echo gets into a dangerous all-out fight with a horde of demoniis who are after her.  Yep Aethan’s not happy at all…

“You should have never left the safety of the house, Echo. You should have stayed away until I calmed down. I’m seconds away from making good on my promise.”

Her back stiffened. “I’m not some possession to be packed away because you fear it breaking. You want a relationship with me, you need to accept me for who I am.”

“At the expense of putting your life in danger? Don’t push me on this. You won’t like the trade-off.”

She bit back on the deluge that would have spewed out at his threat and said, “I don’t like you very much, right now.”

At her words, something shifted in his stance, his gaze. The chill in his eyes went into a slow burn, reminding her of a dangerous predator. He flung his T-shirt aside and prowled closer.

Hastily, she backed away from him. She wasn’t a fool. Whatever he planned wouldn’t be good for her. Then she met his eyes and fear gave way to anticipation. Breathing became harder, aware she’d unleashed this dangerous side of him.

“You don’t like me, do you?” He stalked her, until her back hit the wall. Hands planted on either side of her head, he locked her in. “Let’s see about that, shall we?” His eyes glowed fiercely, filled with possession. He bent his head. His nose trailed lightly down her jaw to her neck.

Echo stilled, unprepared for the sensual feeling of him lightly grazing her skin. The heady scent of rainstorms, his masculine heat and raw sex surrounded her. She could almost taste him on her tongue.

“Aethan,” she whispered, desire surging through her veins. If he could do that without even touching her, she truly was in trouble. But she didn’t care. She only knew if he didn’t kiss her, she would burn up from her own heat and die, and then he’d be sorry. She angled her face toward his, seeking his lips.

Soft laughter reached her ears as though he heard her thoughts. “Still don’t like me, do you?”

“Aethan, please,” she moaned, her hands sliding up the heated skin of his chest. His body was too hard, too big to tug closer. So, she grabbed his hair, wrapped the silky strands around her hand and drew his head to hers.

now back to my writing cave… have a great day.