An Aethan and Echo Novella. After the happily ever after…

A peep into their hectic lives. This one’s a little more romantic–a date night of sorts, but of course, nothing goes as planned, and yes, it’s a whole lot steamy. 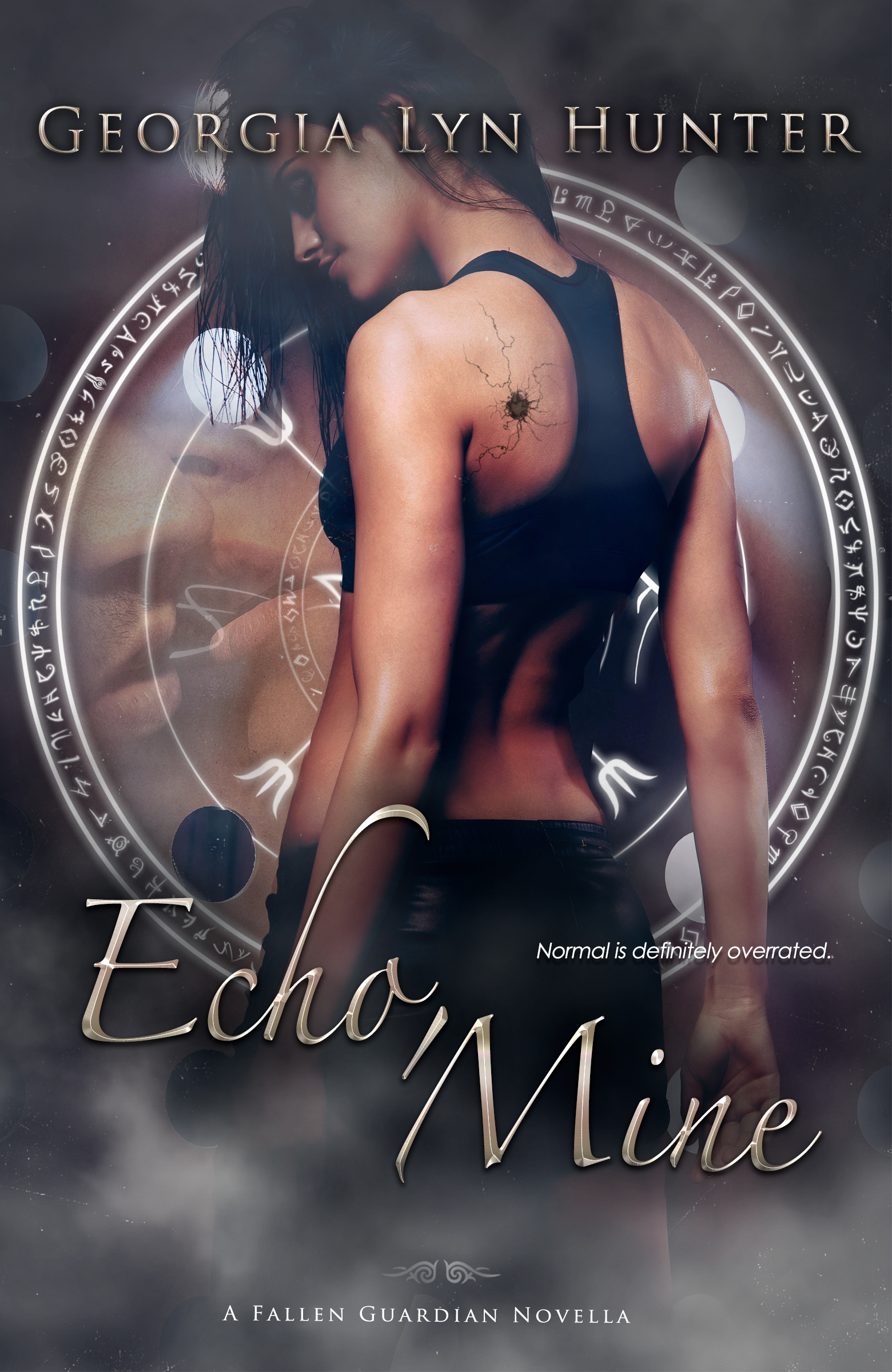 This book can be read as a standalone. But for better reading pleasure,  it’s best to read in order.

Hunter captivates with another strong and sexy heroine and the delicious alpha immortal who loves her. The perfect balance of action, conflict, and romance, and proof that sense of self is just as important as true and everlasting love. ~Literal Addiction

‘The first urban fantasy I ever read on my Kindle was Absolute Surrender by Ms. Hunter. I loved it. The fighting, the swords, the magic, the romance – everything. Ms. Hunter delivers again in Echo, Mine…Echo and Aethan’s story continues after she returns to life as an immortal. Aethan is just as hot as ever and Echo is just as obstinant (and awesomely kick ass), only with more power.
I hope it won’t take Ms. Hunter long to publish the other novels about the Guardians because I’ve got to feed my addiction.” ~Nana Prah, reviewer

“Again, I’m always a little silly giddy when I find a new series of books that are fresh, exciting, steamy and well written…Echo, Mine is the follow up story to Absolute Surrender (which I highly recommend)… This author balances action, romance and plot well and I’m a big fan of snarky characters and you’ll find that too… I’m anxiously awaiting the next book.”~ Creadsforescape-reviewer

He rolled his shoulders, trying to shrug off his unease. “Something feels off.”

“Indeed…” Blaéz murmured as they bypassed several dumpsters lined against the grimy brick wall. The things reeked as if a pack of rats had died there.

“You made a decision yet?”

The male’s precog ability was unparalleled. Hell, everything he’d told Aethan several months ago when he’d first met his mate had transpired—shit. Fear twisted his gut. “Is it Echo?”

Fuuccck! Suddenly feeling faint, Aethan inhaled a lungful of reeking air. This was worse than a damn demonii bolt striking him in the chest. What the hell did he do now?

Echo had told him her birthdate some time ago when she’d asked him his, but he hadn’t put much stock into remembering it. Hell, when you live forever, birthdays no longer mattered. He slid his hands into his pants pockets and continued up the alley, trying to think of something amazing for his mate…and came up blank. He really didn’t want to screw this up.

Aethan dematerialized in a scattering of molecules and followed the distressed cry. He took form moments later in The Bowery and tore down the dimly lit alley, tracking the sensation, and skidded to a halt. Blaéz appeared beside him.

The abandoned warehouse across the street sat too still, too dark. The icy, malevolent sensation abrading his psyche grew stronger. Beneath it, the darker, coppery odor of blood stung his nose…no, not humans.

Was he daring her?

Echo bit back her own smile. God, she loved this teasing side of him. She hadn’t realized just how much she’d missed it.

Well, then. She sprinted back, jumped him, and he lost his balance on the soft sand, falling flat on his back with her on top. She had a feeling he’d let her take him down. Whatever. As long as she had him right where she wanted. She sat up, straddling him.

She played with a button on his shirt. “Do you like it?”

“Always. It is the messiest style ever—” She snorted, he smiled. “But you, my mate, carry it off with flair.” His tone lowered. “Godsdamn, you’re so beautiful…” His hands skimmed from her waist down to the expanse of her thighs, touching her naked skin where her short skirt had ridden up. His gray eyes drifted up her body to linger on her mouth. “And in my favorite position, too. Everything I want is close to my hands, my mouth…”

Her heart knocked hard against her ribs. His nearness stirred an ache within her only he could ease, but she pushed it aside for now. She had to talk to him first. “Here on the beach? Nuh-uh, I don’t think so—”

“Scared?” His smile was pure temptation.

“Hardly.” She sniffed. The fact that he’d even dare suggest this and hope soared—heck, maybe it was the strawberries or the stupid haircut after all. “I refuse to have sand in places where there shouldn’t be any, not when the night’s still young and we have places to go—”

Aethan grasped her by the neck and pulled her down to him and kissed her, his tongue tracing the seams of her lips. Just a touch from him and she lit up like tinder. Her mouth parted. His tongue slipped inside, stroking and sucking hers. He was kissing her as if he were starving.

Her heart pounded hard, all thoughts fleeing her mind. She squirmed, wanting to get closer, wanting to feel his skin sliding against hers. She kissed him back, just as desperately.

His hand slid inside her top, beneath her bra and her breath hitched when he rolled her nipple. A light flow of his power zipped through her body, amping up her arousal.

She pulled her mouth from his, panting for breath.

“You were saying?” he murmured, a knowing gleam lighting his eyes.