Being forced to leave one’s country and shipped to America is a terrible beginning for any marriage. In fact, Anne and Aaron are not legally married, since Anne refused to sign the marriage certificate.

Certain Anne will love her new life, Aaron pays off her servants, shuts down her home, and takes her to America against her wishes. He quickly discovers that an angry, defiant Anne is more than his heart can endure. If he could turn the ship around, he would have done so. Instead, he assigns Jacko to deal with the hell-cat.

When they finally arrive in Charlotte, North Carolina, Aaron no longer wishes to marry Anne. Still he cannot send her across the ocean in the icy winter waters. It is far too dangerous. So, the angry she-cat remains ‘his wife’ as they make the long journey home to his ranch in the Kentucky hills. Having no alternative, Anne agrees to remain six months on his ranch, until it is safe to cross the ocean again. Then, come summer, if she wishes, she can return to England.

Unfortunately, when they finally reach Aaron’s ranch, he discovers over half his horses have been sold on the cheap, his ranch is in disrepair, and the man he had put in charge is now declaring he is the owner of the property. His anger towards his ‘wife’ is no longer his main concern. He must reclaim his property, rehire his men, and rebuild his ranch. With winter arriving, if he doesn’t turn matters around quickly, they will all die.

An older version of the young man came around the corner. “Bubba, Tommy, Josh, come on. There’s a ship coming in. We might earn a few coins helping to move cargo.”

Aaron spoke up at once, or he feared the man would run off with his boys before Aaron could offer a better solution. “Mr. Dobbs, I’m Aaron Hart. I believe we might be in a position to help one another. I’m headed to northern Kentucky and need drivers for my supply wagons. I understand you wish to go to Kentucky as well but are in need of a horse.”

Bob Sr. waved his sons to sit, evidently deciding this offer was more important than cargo moving. “How many wagons?”

“Well, I’ve sons enough for that.” He eyed the horses with appreciation. “However, I must tell you we aren’t familiar with the way as of yet. This’ll be our first journey.”

Aaron waved off that concern. “I am very familiar with the journey to my house. What town are you headed to?”

“Little Pines, do you know it?”

Aaron smiled at their mutual good fortune. “Indeed, I do. It is only five miles from my ranch.”

Bob Sr. stroked his clean-shaven chin. “Well, sir, then I believe the good Lord has heard and answered my prayers. When do you plan to leave?”

“I need to buy additional supplies to fill the second wagon, which will take about an hour, but then we should leave. I do not want Anne arriving at the inn alone.”

If Bob Dobbs noticed, he gave no evidence. He simply returned to admiring the horses. “Those are mighty fine horses, sir. Have any been trained to the harness?”

“All but Cleo. I’ll ride her. Whichever load is the heaviest should get Thunder, he’s stronger than any horse you’ll find.

“I’d prefer two horses for my wagon…If that is possible.”

“It is. However, you’ll have to choose from the others. Thunder won’t tolerate being in a double harness. He’s too competitive.”

Bob laughed and reached out and stroked Thunder. “I understand that, big fellow.” He nodded towards a matched pair. “These two chestnuts will do fine.”

Liza loves to write books. In fact, she has over fifty novels now and she still continues to publish a book a month. She writes in a multitude of genres: Romance, Comedy, Historical, Paranormal, Suspense, Sci-Fi, & Western. She even has one Young Adult novel.

Thus, her books have a wide range of heat from mild to adult language and situations, that are determined by what seems realistic for each of her many stories.

Check out my growing basket of books—I have over 50 now. 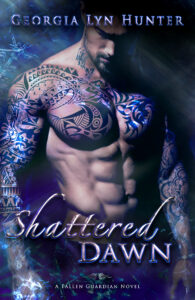