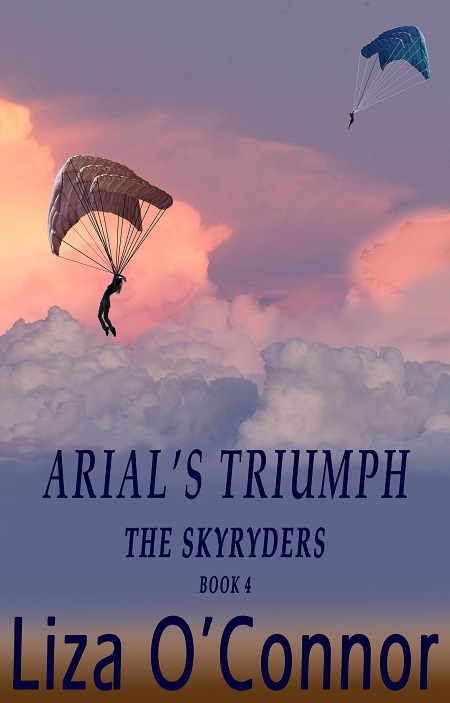 Arial Logan is the best flier in the world and MAC, the computer program that manages the Corp, wishes to have more with her genetic talent. However, Arial’s mother, General Alisha Logan, has an equally strong determination to protect her daughter from all romantic interests. When Arial falls in love with a new Colonel, her mother is willing to sacrifice not only Colonel Adam’s life, but also the lives of thirty soldiers to keep her daughter safe from the soldiers.

Note: Officers of Rank are referred to as “Sir” regardless of sex.

“So, you aren’t a medic?” he asked, trying to ignore the swarm of medics working on his leg.

“No, but I help out here sometimes. My father was a field medic.”

“A cadet.” He reached up, removing her hand from his hair. No matter how much he had been enjoying her touch, now that he knew she was a cadet, it had to stop. “How long have you been at the academy?”

She laughed. “Since I was born.”

He smiled. “Don’t worry. I know it sometimes seems like that, but you will graduate, I promise you.”

She stared down at him. “Will you give me special training?” Suddenly she didn’t look nearly so young and innocent.

God she was tempting! “How old are you?”

“Old enough.” She leaned over and placed her lips softly on his.

The girl sighed and straightened.

“So, Colonel Adams, where do you come from?” she asked as if they had just met for the first time.

The colonel knew he should reprimand her for kissing him. It was completely out of line, but he didn’t want to embarrass her in front of the medic staff.

She grimaced. “It’s cold there, right?”

God she was pretty. “Yeah, if I’d crash-landed there, I probably wouldn’t have hurt myself at all. We wear a lot of padding. We look like flying snowmen.”

She laughed. “No, you don’t. You wear polypro tens.”

He raised his eyebrow, surprised she would know that. “Don’t tell me you’re from Minnesota, because I would have remembered you.”

“Yes, you certainly would have.” She laughed as if she held a great secret. “There are three cadets from Minnesota here right now. I’m good friends with one of them.”

Links for many booksellers

All the Many Books Liza has written