I have Liza O’ Connor on my blog today.

Check out her latest release!

What happened to Jack? He started out a hero.

At first Jack appears to be a great, sincere guy. He and Alice become partners in solving crimes. She would discover a crime about to happen, share it with Jack and give him information she shouldn’t know.

Since she could listen to the criminal’s plans, headcount the men, assess the explosives while never being seen, her info was remarkable. Yet, still Jack would tell her he would not normally accept such weak information. This should have been her first warning that Jack wasn’t the hero she thought. (Unfortunately, she had already fallen in love with him.)

Jack had been on top of his game before Alice came into his life. A man like Jack loved his job far more than any woman. (There were early clues of this, only Alice ignored them.)

When the head of the FBI wanted Alice captured so they could control her, it didn’t take long for Jack to fall in line and see here as a tool. All they had to do was take away his self-esteem by giving him no more cases to work.

Fortunately, when she learned he intended to have the same doctor that tortured Tobias to torture her, she disappeared.

Even though she finally realizes that her relationship with Jack will never work, she still lets him know about the lunatics in NJ and then saves him from dying in the blast. However, she then wisely leads him to believe she’s dead.

So even when Jack survives, he believes she died saving him.

He remains hideous to look at now.

And still, he cannot be trusted.

Tobias only helped save the children because Alice insisted. Despite the fact he hates Jack, Tobias helped the FBI save the Malaysian children. Then Jack, wanting to be back on top, sends out agents to search for Tobias in the hospital. Had they found and captured him, they would have tried to control him as well.

This leaves me to conclude Jack was NEVER a good man 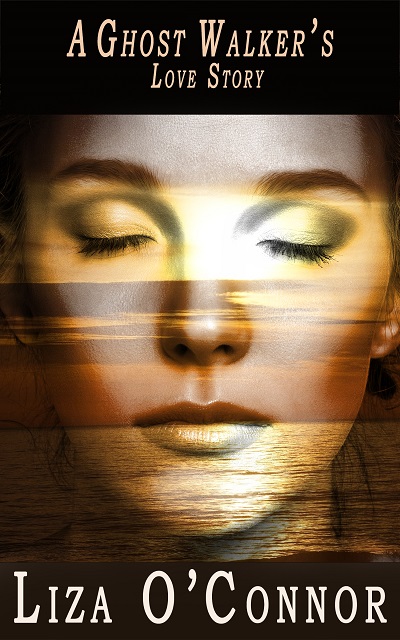 Alice is a ghost walker: an ordinary person capable of separating her soul from her body. Unlike her fellow ghost walkers, she uses her ability trying to help protect the world from terrorists and madmen. Finding an FBI agent that she trusts, she supplies the information needed to stop several atrocities from occurring.

She believes she is safe from discovery. However, agent Jack Callaghan finds her with clever sleuthing and romances her with pure intent. Unfortunately, their unexpected union brings wrath down upon them from all sides. Her fellow ghost walkers believe she has betrayed their code of secrecy; the director and fellow agents question Jack’s commitment to the agency, and want Alice brought in so they can discover how she disappears at will. In this maelstrom of betrayals, Alice uncovers the truth about the three men who claim to love her and discovers which one holds true.

Warning: Alice is so dedicated to stopping terrorists that she will let nothing get in her way, not even when she discovers her body is being used against her will. Since she’s not in her body when this happens, saving lives remains far more important!

The techie had Jack place his hands on a black tablet, while David explained the situation. “Your hands no longer have clear finger prints, however, your scars are unique, so this should still work. Once the data is uploaded into the PC and our database, this PC will recognize your handprints as they are now.”

“Why don’t you just use eye recognition?” Jack challenged.

“We’ll do that as well. Eye recognition will be required to turn on the PC. Once it recognizes you, you can work on your pc. But if for any reason you leave your pc, it will shut down and you will have go through the startup process again.

“Also, if both of your palms lift from the bottom pads for more than three seconds, then the screen will go black. To turn the screen back on, you must return your hands back to the PC and stare into the camera because you will require another retinal scan.

Jack grumbled about the inconvenience.

“Sorry Jack, but this is an unsecured environment. I need to take precautions, which means you need to sign one of these two papers. The one in my right is your reinstatement as a Special Agent. The other, in my left hand, is a consulting agreement.”

Jack pointed to the left hand and carefully read the agreement.

“And give up my retirement for this tipster? Not a chance. There is a strong possibility he’s toying with you, and I’m not giving up a guaranteed paycheck for nothing. Now, I will try and turn this source around for you, but I’m not ready to cash in my retirement yet.”

Reading time with me…
For You, I Will- now available in Audiobook!