Join Liza O’ Connor on my blog today and check out her newest historical romance release!

Like many young men with domineering fathers, John Marsh has no say to his life, and it makes him very angry. His father chooses his clothes, even his dance partners. He had not wanted to dance with Amy, but his father gave him no choice. However, once she heard the entire story of the pups, and John’s heroic deeds, Amy declared him a friend for life. Unfortunately, his father has other plans. 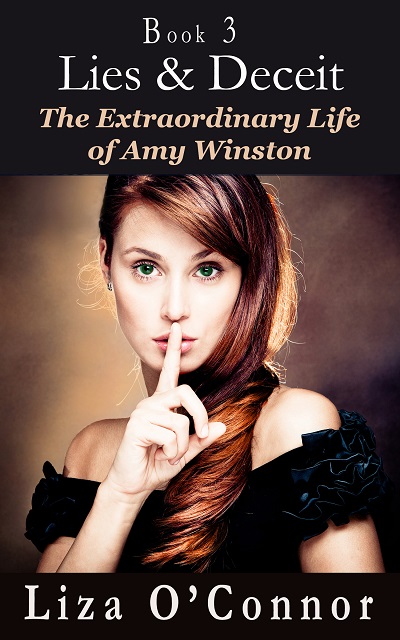 Despite her lack of dowry and cloudy past, Amy Winston becomes one of the most sought-after young ladies in the London marriage mart. Some desire her for her beauty and charm while others appreciate her unique skills of seeing with her mind, healing with her hands, and disappearing in plain sight.

By her choice of husbands, she secures her safety. However, her marriage almost brings the English Parliament to its knees.

Amy took his hand and kissed it. “Thank you for telling me the whole story.”

“Because it showed me a much finer person than I thought you to be.”

He turned away from her and looked out into the garden. “How do you know I didn’t make the whole thing up, to do just that?”

She stroked his arm dislodging a dog hair.

He stared at it. “The pups don’t shed hair, so that proves nothing.”

“You are. You use the existence of the pups in your denial that they exist. You cannot claim they do not shed, if you are claiming they do not exist.”

Her argument was interrupted by a scratching noise over their heads and a moment later a small toy poodle tunneled its way down the wisteria vine growing on the arbor beams. They watched as the small white spot floated across the garden to the south side and disappeared.

“May I see the pups some day?”

“I’ll give you one of the sad creatures if you wish. Otherwise, I’ll be stuck with twelve of the silly things.”

“Ah yes, I can see your selfish motivation. Eleven are so much easier to care for than twelve.”

Finally, he laughed and faced her. “I like you.” He declared this as if the possibility surprised him greatly.

“If you didn’t think you’d like me, why were you so determined to dance with me?”

“Because Darby liked you. I make it a point to steal away any lady he looks at.”

“What do you have against Darby?”

“Because he gets to do whatever the hell he likes, while not a single decision in my life is my own. I don’t even get to pick out my own clothes.”

“I suppose that is the downside of being spoiled, everything is done for you.”

His eyes narrowed, letting her know he did not like being called ‘spoiled.’ “I won’t deny that I was spoiled as a boy, but it has been many years since my life shifted from getting everything I wanted to nothing. About the time I reached fifteen, my father despaired I was not a suitable young man and took over my reins with a heavy bit. For twelve years, I have done everything he asks, and still he hates everything about me. He selects my clothes, my friends, even the young ladies I am allowed to meet. I am twenty-seven-years-old and I had more freedom when I was eight! If it were possible to toss me aside and take another son, I’ve no doubt he would. But since he’s stuck with me, he’s determined to make my life utter hell.”

“I’m sorry, but if it is any consolation, the suit looks very nice on you. I also think Darby would make you a fine friend if you’d stop stealing his lady friends. And while I cannot imagine why your father wishes you to dance with me, I look forward to the dance all the same, because contrary to my expectations, I find I like you very much.” 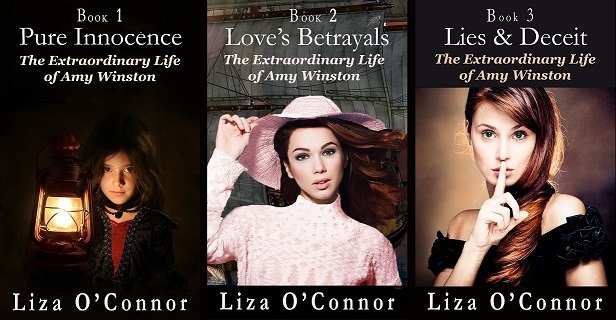 Raised in the southern mid-section of U.S., Liza escaped to the East Coast once out of college. She’s worked as a journalist, a radio DJ, a security guard, a stock broker, a strategist, and a business solutions consultant to name a few of her many occupations. Again…go figure.