For You, I Will (Fallen Guardians #3.5)+ sneak peek excerpts

An exclusive peek at the first 2 chapters…

Sometimes the past refuses to remain behind…

Title: For You, I will
Series: Fallen Guardians #3.5
Release date: March 6th 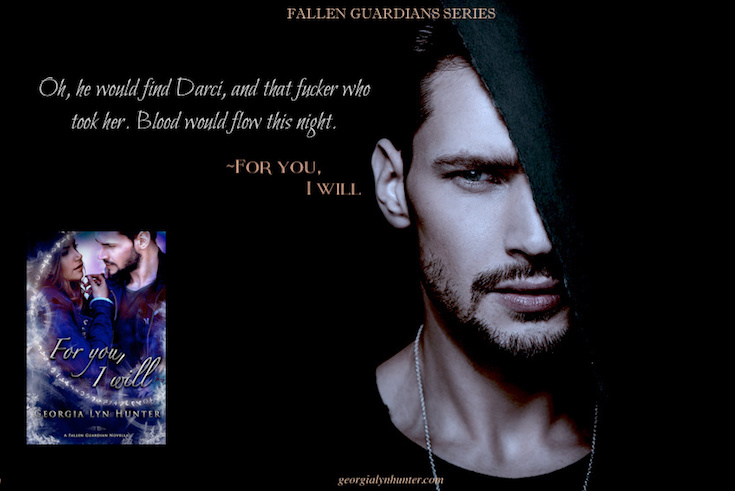 It’s a time of reckoning…
Now Blaéz must face his own dark and painful past for a future with the one woman who is his very heartbeat. If he doesn’t, it just might destroy everything he’s fought for…

“Ms. Hunter delivers another wonderful Guardian story with the perfect balance of action, heat, and romance, wrapping up one of my favorite couples’ HEA with a perfect taffeta bow—and making this reader just want more.~LITERAL ADDICTION

The warrior strode across the cracked linoleum floor to where he sat. The din restarted.

Blaéz frowned, moving the empty glass to the other side of the scarred table. “I don’t know if I’m doing the right thing—about the wedding, I mean. It’s something I want Darci to have. But…”

“Right.” Blaéz grunted, rubbing the overnight stubble on his jaw. “You obviously haven’t given thought to the fact that Darci would probably never speak to me again.”

Magic of Books: For You, I Will release tour + Giveaway
MYSTIC REALMS A Limited-Edition Collection of PNR & UF Romances