New Release: She Came With the Tide by Vivi Mackade

I have the wonderful Vivi Mackade on my blog today. Come join us and check out her latest release: She came with the Tide.

A suspense novella, with a great love story, and one I really enjoyed. A 5* read for me.

Ax is gorgeous and so protective. What we all love in our heroes. 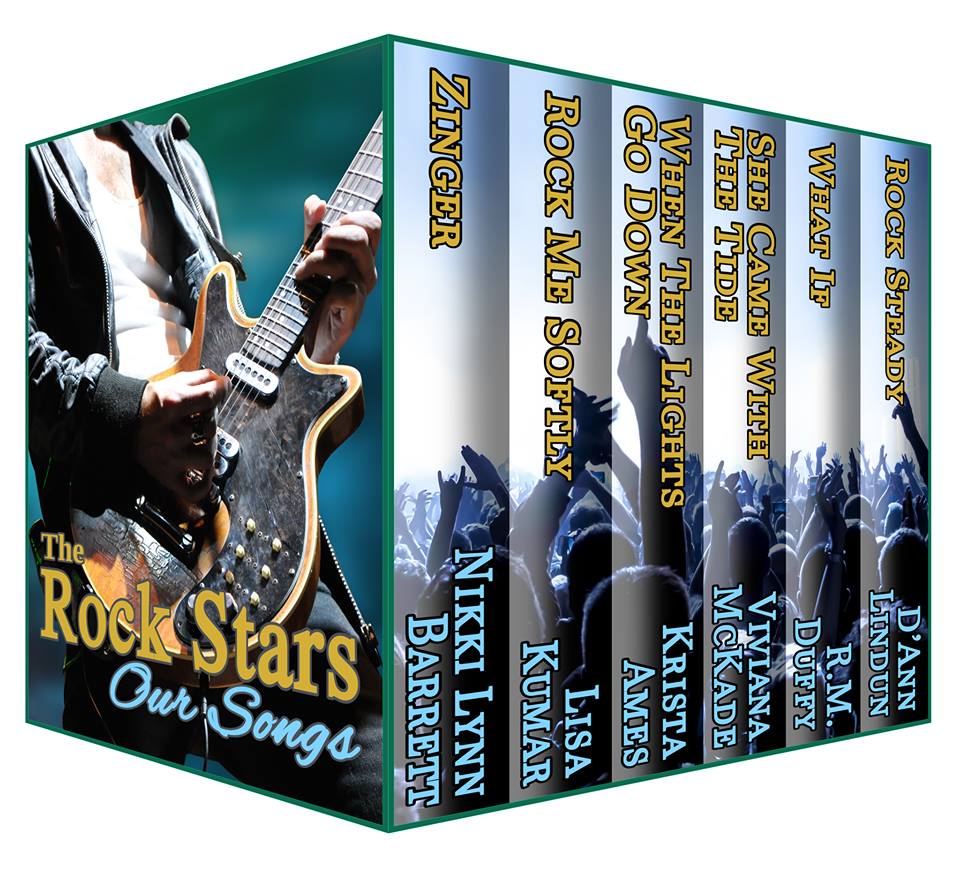 Tag Line: She had no clue her life changed with that simple ‘yes’

Erik Axelsson, Ax, had it all: talent, fame, money. He’d lived the rock & roll life fully and with gusto until it wasn’t fun anymore. Without a second thought, he’d traded the spotlight with the Floridian sun, and the guitar with a surfboard. Young, rich, and free from anything – what more he could need?

She’s innocent, scared, and in trouble.

Andrea Smith escaped the life imposed to her when her parents joined a cult. After years on the run, hunger pushed her to accept a stranger’s offer for breakfast. She had no clue her life changed with that simple ‘yes’.

But the past catches up with her, forcing Andrea to choose what person she wants to be: the scared cult member that obeyed in silence, or the new woman Erik made blossom.

Erik brushed his palm on his prickling shoulders as the angry sun hit, leaving only salt where ocean drops had been a few minutes before. He revered in that roasting pleasure, in the blues of the sky and water surrounding him. Entertained by his unplanned guest, he pulled his dripping hair into a messy bun.

It had been a good day for surfing, with waves still crashing on the shoreline. The rumble must have hidden the croaky zip of the tent’s zipper because when he looked down at the entrance, he found two huge brown eyes staring at him.

The echo of lifetimes ago, distant, feeble, poked at him. The feeling dwelling into his heart after his parents had died, now lingered on her delicate features. Fear.

The girl took a breath, clenched her teeth and crawled out. She rose on all of her five feet five or so. “Who–” she cleared her throat. “Who are you?”

Wasn’t that a question he wasn’t used to? Everybody knew Ax and the Hurricanes. He’d spent ten years of his life on everybody’s mouth, eyes and above all, ears. Newspapers. TV. Concerts. Surprise for the question shadowed the male appreciation of the woman in front of him. For now. He’ll so be back at that.

“I think the question is, who are you?” he retorted, crossing his arms over his chest.

“Well, camper, your tent is on my property, in case you missed that,” he said pointing at the Private Property notice on the berm not far from her den. He had to invest some money into a proper sign, he thought when he eyed the rusty, barely visible sign. “My house’s back there, anyway.”

She turned around, took those details in. “Oh.”

Erik used that time to make some math. A girl, alone, in an old tent. The black bag he’d peeked to with clothes in it. That look in her eyes. He sighed. “You hungry?”

He took his surfboard and turned to go. “What?” he asked when she didn’t move.

Yeah, okay, back to that. She either had lived on the moon for the past fifteen years or was bullshitting him. He would give her the benefit of the doubt because she was hot, and keep Sheriff Charlie on speed dial for a while. He turned around. “I’m Erik Axelsson.”

He waited for his name to dawn on her. Nothing. Seriously?

“All right, Andrea Smith. I’m hungry, covered in sand, and the sun is cooking my brain. I’m going in, you do as you please.”

She took a step back to look at him in the eyes when he towered in front of her.

“Thank you for everything, Erik. It’s more than anyone has ever done for me.” She had to stop and clear her voice. Those words burned and scorched more than a thousand flames. “It’s time for me to leave. I’m sure you understand.”

He ran his fingers through his pale gold mane, scratched his head, frowned as he looked outside for a second. “You can be sure I don’t.”

“But what? Is it the itch of the road? Because believe me, baby, I know all about that.”

He opened his arms, just as wide as his sapphire eyes. “Then what the hell is it? All the secrecy, the half words.” He walked to the fridge, took a bottle of cranberry juice, closed the door with a slam that made the inside of the fridge rattle. Then he faced her again. “I opened my house to you.”

“You’re right. My bad. Regardless, I’m sure I deserve a teeny-tiny bit of trust. Or, at the very least, a goodbye.” His eyes leveled with hers as he leaned over. “You were sneaking out, weren’t you, Pixie?”

“Why are you so mad?” she managed and was surprised to see the same question in his eyes.

“Why,” she managed through a shaky voice. “Why are you going through all this trouble for me?”

That made her chuckle through the tears. “That’s not an answer.”

She closed her eyes. Tired. She was so tired. Of running, of loneliness, of fear. What he offered was not a solution because there wasn’t any. He was ready to give her some relief, support, a shoulder that would help to take the edge off the past years and it was more than she’d ever had.

Andrea took his hand, big and warm and strong, in hers. “Come sit with me.”

It was over. He would kill her, if she were lucky enough. Otherwise, he’d take her back and, this time, she’d stay. Because ultimately, David had been right all along.

Time dragged on in clotted instants. She wasn’t strong or clever enough to be free from him and the Children. She wasn’t worth enough to have happiness. Because of that, Erik had paid.

Her beautiful, fearless Erik, had gone down like a leaf when David hit him.

David and his men got into the car.

It sure was the best option for Erik, being rid of her. Safer. Quieter. He’d told her he loved her and she believed him, but she also knew how forgettable she was. Soon, he’d get over her, find happiness with someone else, someone more like him.

Thinking about it didn’t hurt. Nothing could pass the cold she carried inside. She’d tried to live and failed, and it would take too much strength to end her life by herself. She would wait for the end–whenever it came, she’d welcome it.

“Let’s go,” David said as he drove away.